One of the Best Countries to Take Kids – Vietnam 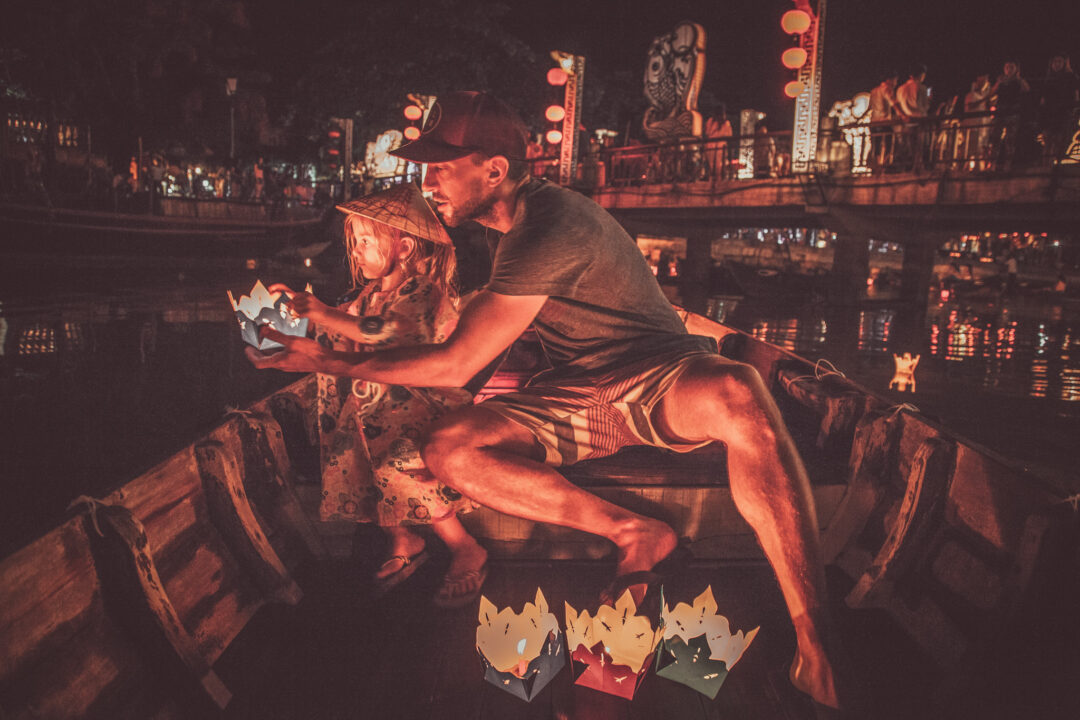 As always, this blog post only represents my particular experience. You obviously, had, or will have, a different experience in Vietnam. For any comments in this blog entry you deem unfairly negative, take a cold shower and read my disclaimer – here. For any comments you deem unduly positive, I sincerely apologize as I’m usually incredibly cynical and never purposely intend to compliment people or places. Ok, let’s get started.

Ahhhh, Vietnam. You are a jewel. But let’s back up to how we ended up here, as it was certainly not planned.

So, as we were sitting in our hotel room in Chiang Mai, Thailand, planning our upcoming trip to Myanmar/Burma (choose the name that makes you least angry), we realized we were probably going to die in an airplane crash. I was trying to figure out how we were going to move about the country, and everything I read was either air crash, death, fiery ball of flames in the air, and you will die if you fly this airline.

To be fair, because I always am (wink, wink, eye roll emoji), Burmese/Myanmar’s air safety has improved dramatically over the last four years when I did my research. But, my research at the time was enough to persuade me to completely change our plans and visit Vietnam instead. And, oh man, what a great decision.

We flew into in Hanoi and immediately felt like we were in a communist country, because, well, we were. The visa process was a bit intimidating, and we were the last people in our group of fellow planegoers to get the government approval to enter. As an American, I understand I’m programmed to be wary of communists, but this was still a strange and very formal entry process. By the way, we obtained our same-day visa through www.vietnamvisa-easy.com. We paid roughly $100 for four of us for a one-month visa.

I’ll admit, as soon as we exited the Hanoi airport, I felt like we made a bad decision. Gloomy, polluted skies and congested highways awaited us. We entered the taxi and immediately were stuck in traffic. The city skyline was apocalyptic, and the Bladerunner theme was on endless loop in my head.

No sooner did traffic on the highway clear, that we then saw the taxi next to us slam into the back of a scooter. The rider clearly hurt. It was an ominous start.  But I was ok, and my health and frivolous holiday plans were all that mattered, so we forged ahead (Kidding of course. Truth be told, our taxi driver wouldn’t actually stop to let us out and help on a giant, very busy, major highway).

When booking our accommodations, I made certain, like I always do, to book within walking distance of all the great sights. This meant booking in Hanoi Old Town.

Now, as you may come across in your own research, Hanoi Old Town is particularly devoid of luxury accommodations. Not that we’re bougie like that, it’s just I like options. Especially with three kids. And, maybe this has changed, but at the time we were pretty limited to a couple of boutique hotels.

Luckily, we chose the superb Hanoi Elegance Ruby Hotel  It had a giant, affordable room to house us all. But, even better than that, they had THE friendliest, most helpful staff I’ve seen. Like the time we needed diapers and they went to a store to buy some for us. Or the time we were late to a puppet show (more about this later) and two hotel staff members drove us over on the back of their scooters…including one who rode sideways on her scooter because she was wearing a beautiful dress. Simply adorable. I’m not one to gush, but this cute little hotel got me.

Having JUST said the above, I would totally book the Metropole Hanoi if we ever went back. I honestly don’t know why I didn’t book it the first time around. As usual, I’m an idiot.

Ok, so, back to Hanoi itself. Hanoi is everything I love in a city. Busy, grimy, and dangerous to cross the street. Plus, the street food is fantastic.

Onto the more memorable items:

We didn’t know much about this place, which is now an Instagrammer’s dream. All we knew is that we could sleep onboard a boat floating around emerald green waters. And that’s what we got.

So, there are approximately 1,958,937,212,854 different boats you can book to cruise around in. We chose the Halong Paloma Cruise. Two nights set us back $550. It was pretty awesome though (how good is my description by the way? I have a post-doctorate degree and the best I can come up with when describing an experience is “pretty awesome.” Either I’m a bad, or lazy, blogger…or, most likely, both. But, hey, you’re reading this…so…HAH! Joke’s on you.).

Things to do on the boat included: fishing for nothing at midnight; trying not to slip and paralyze yourself when dangerously jumping off the top (and very wet) railing of the boat; paddling in kayaks with crying kids; and getting stung by jellyfish. All were great fun. And we met some cool people and drank approximately $1,575 worth of alcohol (ok, my wife just reminded me that she didn’t drink because she was pregnant…so I guess it was just me and the kids who drank so much). The end.

If Walt Disney went and tried to create a Vietnamese village with some French flair, he would have come up with Hoi An. Of course, he would’ve added heaps of stereotyped animatronic kids singing a song that makes you want to jump off a bridge, but that’s why that man was a gazillionaire genius and you’re not.

Some of the best banh mi we had was in Hoi An. Anthony Bourdain visited one of the banh mi places here (Banh Mi Phuong), so you know its good. And it was. It was amazing. It was cheap. It was crowded. It was worth it.

Hoi An is best if you just wander the streets and eat the incredible, healthy food. In other words, just BE, when in Hoi An. Rent a bike. Walk. Take a boat ride (especially at night, when you can light candles in the water and be confident in the fact that no one will ever clean up the trash created by these candles…still shaking my head about this one…). By the way, do you like how I’m telling you what to do while you’re there? Like, I just told you to bike, walk, or take a boat places. No shit. How great of a blog is this? Super helpful, no? Don’t forget to breathe while you’re there. Oh, and…eat, pray, love. I’ve basically given up on writing helpful blog posts.

Simply put, this was one of the most beautiful places we’ve been. You should go. Especially before it gets even more popular and commercialized. If the notion of over-tourism invokes anxiety in you, make your trip to Hoi An sooner rather than later.

Finally, please note: All accommodations and excursions were fully paid by us. I know that’s rare in this day and age with “influencers” and all. And people have definitely called us “influencers” (and worse) for years. But we pay for almost every aspect of all our trips (And we don’t post stupid shit about the, say, fires in Australia just for virtue signaling and the resultant “likes”. But that’s another post for another time). So, I dunno, maybe you can sorta rely on our reviews and recommendations. Your call.