How to Get the Fuck off the Hamster Wheel and Live Again: A Guide to Dropping out of Society and Forging your Own Path 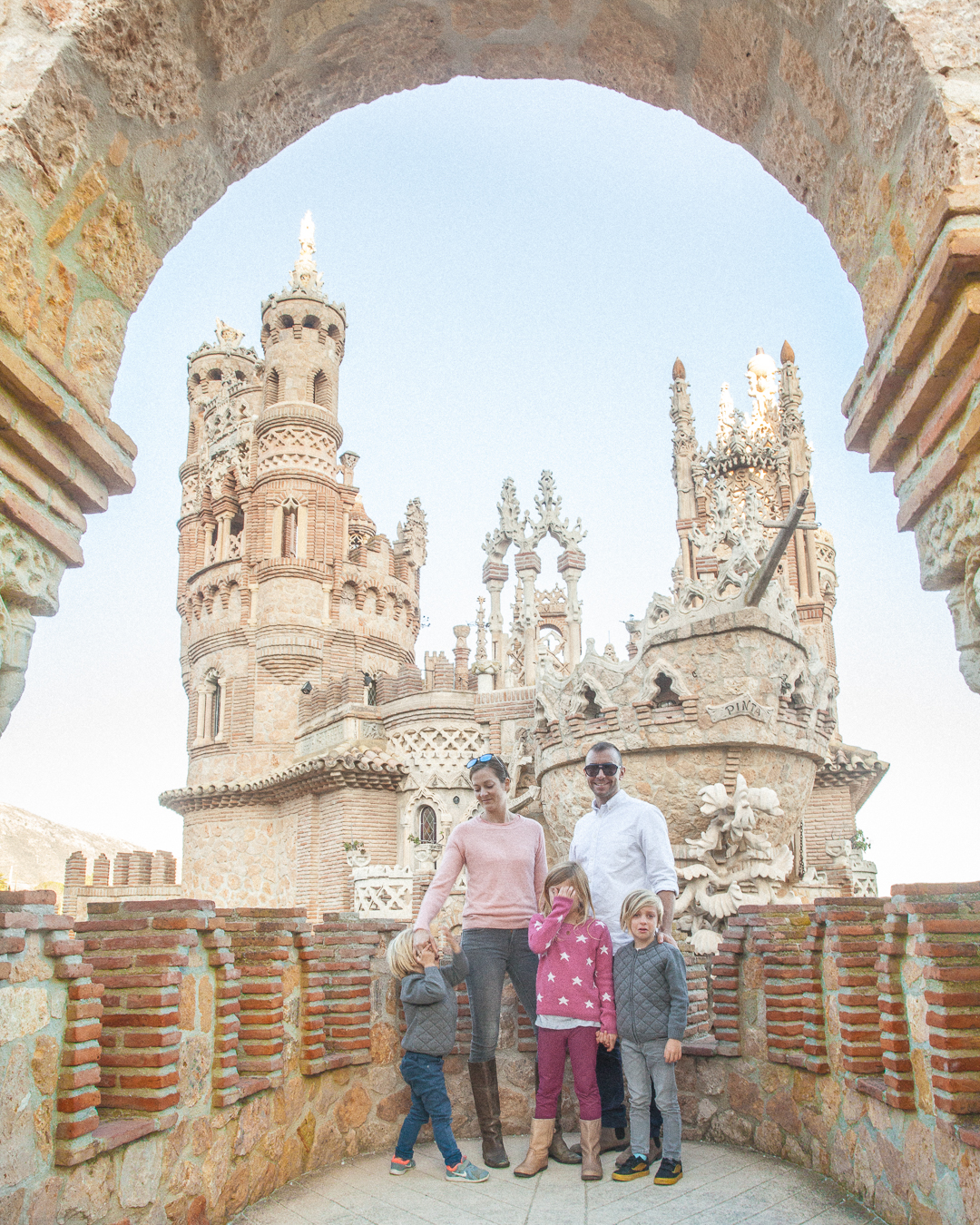 But do you seek more enrichment out of life than you’re currently receiving? Perhaps this book is for you. Do you value time and experiences over money and possessions? Then this book is almost certainly for you. Do you have tattoos of naked girls and Jesus? Then, I changed my mind, this book is absolutely fucking for you and I think I’d like you to write the foreword.

But, seriously, this is a book about learning to live again. I expect this book to provide inspiration for your own midlife reevaluation, before you settle in for the second half. By the way, if you’re 20 years old and reading this, I hate to tell you, but you’re definitely going to die at age 40. That’s how reading these midlife crises books works. You read them midlife. Sorry, it’s just science.

My honest hope in this book is providing you hope not to name your child Hope…or Destiny, Diamond, Majick, or Hunter. But also trying to show you that there’s hope that you can turn things around and live the life you’ve always dreamed of. In turn, maybe if you’re happier, you can be a better parent, better spouse, better citizen, better golfer. You name it. It’s the people stuck in a rut, stuck in the middle class, stuck in life who need this book. In other words, maybe people just like you and me. Together we can escape and create the life we deserve.

On a final introductory note, the chapter list will seem like the most generic, self-help, bullshit positivity junk you’ve already read a million times. And, well, yeah, it’s all the same stuff. Really, pick up any self-help book and you’ll see the same recurring ideas, tips, and tactics in just someone else’s words. And, just like my book, you’ll see the word “fuck” in the title to those books. That’s it. Just accept it. All the self-help books are the same and yet you keep buying one hoping it’ll finally speak to you. Well, get ready. This is finally the book you’ve been looking for.

Ok, I’m back. The t-shirt business was an absolute failure. Like, really bad. Lost a lot of money and time. Wow, I really wish you would have told me that “past is in the past” statement wasn’t clever or genuine. Sigh.

Where were we? Oh yeah, the past is the past, but our past could be useful in examining our present and determining where we want our future to lead.

In my case, I know exactly how and why I got myself into a rut. See, I grew up in a desert town not too far from Los Angeles. The town was infamous for the shear amount of hate crimes that occurred within its cell block…I mean, city gates…I mean, imaginary city lines. You know what I mean. It was a perfectly imperfect mixture of poor black, poor Hispanic, and slightly less poor whites. Most disliked their circumstances, but almost as many couldn’t possibly find a way out.

In other words, it was a place that I was desperate to escape. But look at the way I just described it. Most of my high school friends still live there. And, what’s crazy is, they would describe it as horribly as I would. But it’s exactly someone like me who would do anything to escape their situation, even if it meant accumulating debt and burying themselves in their work.

There’s no good way of putting this, but I don’t think my high school friends would ever need or read this book. This book is more than just self-examination. This book is for doers. It’s more than just the desire to change, it’s the willingness to take those steps to lead your best life. In other words, it was the desire and ability to leave your poor, uneducated hometown.

But leaving for the big city isn’t for everyone. Higher education isn’t for everyone. In my case, I wanted to be educated, work as a professional, and have financial security. I needed to do what was right for me. However, I consulted many people on just what was right for me. And in the end, I had to do what many people I respected told me I needed to do, which was become a lawyer.

This brings me to Rule #1: RULE #1 for breaking the fuck free: Don’t just do what you think you’re expected to do.

As you see, above, throughout this book I’m going to give you several rules to follow. I expect you to follow them to the fullest extent. Do not question my rules. Simply do as I say. Deal?

I sincerely hope you ignored that last paragraph. It was a test. I know, pretty shitty of me to be testing you so early. The point is, fuck everyone. This is your life. As long as you’re not hurting anyone or anything, do whatever you want.

Anyhow, obviously there wasn’t a stupid picture of a douchebag carrying a briefcase into court because, who the fuck would want to be that?

So, 12 years after I was licensed to be an attorney, I noticed that it had been 12 years since I regularly woke up anxious-free. “Is this the day I’m sued for malpractice?”, I’d think. Each afternoon I was depressed. “Is this what I’ll be doing the rest of my life?”, I’d ponder through my migraine.

And not the American way, like we’re all taught in school. Maybe this book is just for those of us that did well in school. Remember, we were taught to seek safety in our high employment. Lawyers, doctors, dentists are the pinnacle. Blue collar, company man for the manufacturing plant is an honor (all the while some entrepreneur takes advantage of you).

Remember, in school we’re taught to memorize and regurgitate. We’re taught to be good, all-around (even though we celebrate people who are only really good at one thing. Have good is Tiger Woods at anything but golf? He just can’t be!).

I could not agree more with a quote than I do with the one above. But it’s hard for me to then justify my own modest wealth. Yes, I grew up at times living with my grandmother and sharing a bed with my mom in a room that looked like it was straight out of the television show Hoarders. Yes, I was born and raised in a desert town known mostly for the meth labs and racial violence. Yes, we were well below the poverty level and could/should have accepted government assistance. But I still lived in the richest state in the richest country in the world. And so I had opportunity.

And I acted on that opportunity to pull myself up by my bootstraps. I took on an ungodly amount of student loans in order to graduate with three degrees – one being my law degree. So, even though my wife and I paid over $3,000/month to lenders for our student loans, and paid way too much for an outdated house in the suburbs, we still technically made more than 98% of the American public. But we were rich, poor people. Most of that money was just to keep the wheels churning. We still felt like we were living check to check. And many times we were. After a failed business (kids’ shoe company) took most of our savings and a good amount of lost wages (I always estimate this venture cost us $750,000).

The Problem with Self-Help Books

I’ve read every self-help book out there. All of them. And, you know what? THEY ALL SAY BASICALLY THE SAME STUFF. ALL THE SAME. Which, I suppose means one of two things. A) it’s all legit and I should be doing everything any of the books say to do; B) people are just making this stuff up because it’s easy for them (nature way, biological way, neurological way). All you have to do is put “Fuck” on the cover of your book and you’re good to go (e.g. “Unfuck Yourself”; etc.). I think the people that write these books are only happier, better than they were before, because their book is successful.

Should I keep writing this shit??

We’ve been waiting for years (due to the pandemi

When you think about it, Easter really isn’t muc

Because so many people asked*, here is an actual,

The reason we take our kids everywhere is because

Almost three years ago we came to Spain with a mis

Our friends at @urlifemedia did it again! Man, I l

If you would’ve told me, three years ago, that i

We’ve been waiting for years (due to the pandemi

When you think about it, Easter really isn’t muc

Because so many people asked*, here is an actual,

The reason we take our kids everywhere is because

Almost three years ago we came to Spain with a mis

Our friends at @urlifemedia did it again! Man, I l

If you would’ve told me, three years ago, that i