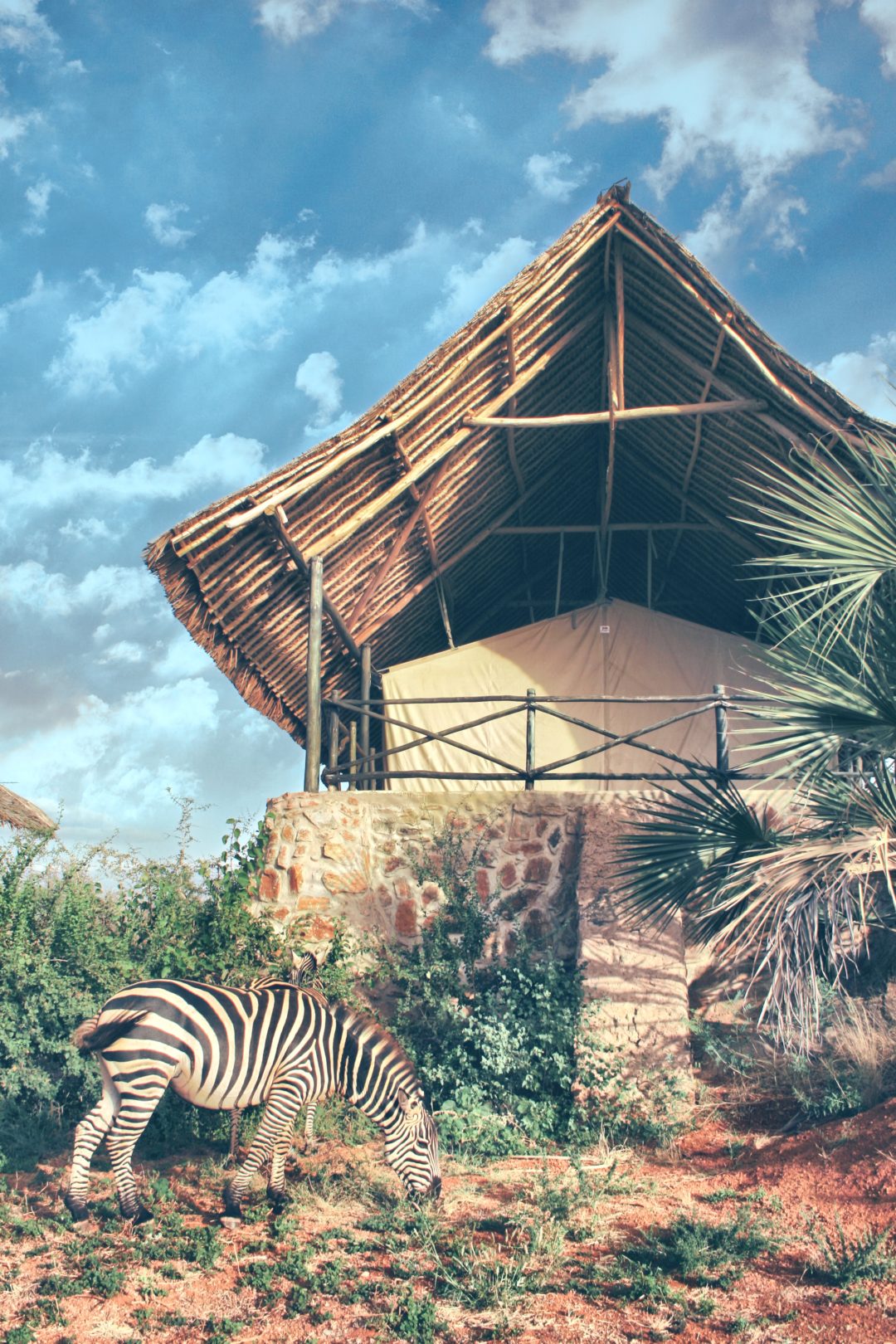 Safariing (this is a real word by the way) can get exhausting. It’s good to know that at the end of the day you can rest and relaxation at a decent lodge. One of the lodges we chose on a particular safari was the Man Eaters Lodge, a luxury tented camp nestled on the banks of the Tsavo River in the middle of Tsavo National Park.

How the Lodge Got Its Name

The lodge is called “Man Eaters” because it’s located near one of the attack sites of the famous man-eating lions of Tsavo. The Tsavo Man-Eaters were a pair of notorious, man-eating, maneless Tsavo lions (named “the ghost” and “the darkness” respectively) responsible for the deaths of a number of construction workers on the Kenya-Uganda Railway from March 1898 through December of that same year. These story of these deaths became a book, which in turn became a movie starring Michael Douglas and Val Kilmer.

Way better than the horrible tents we were in other nights, but not the poshest place ever. Still, I consider it luxe for the mere fact they had clean sheets, soft beds, a pool, electricity (most of the time), and decent food in the middle of nowhere. The lodge consists of 30 luxury tents – each with a view of the Tsavo River. 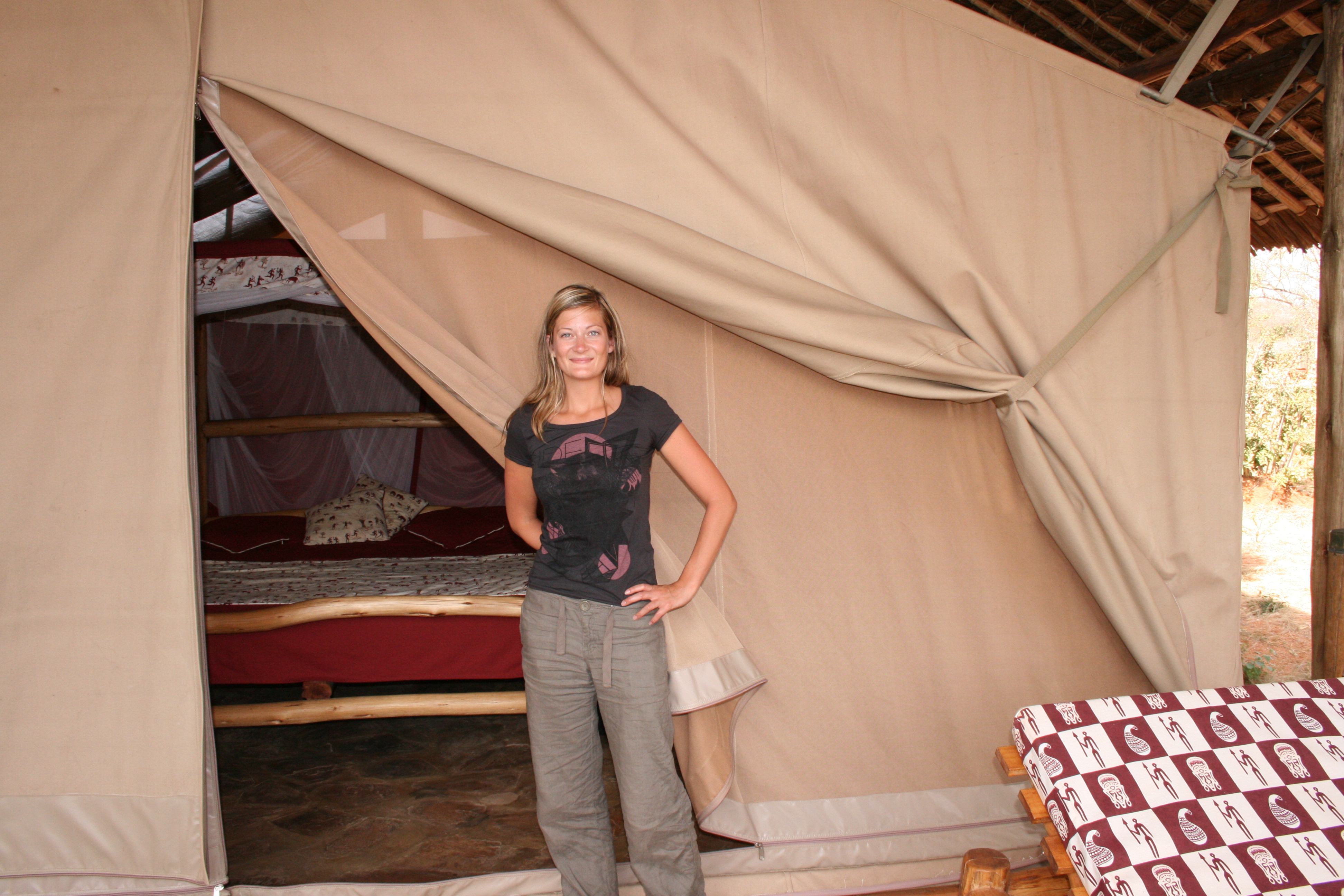 All the rooms have tents – “glamping” I suppose 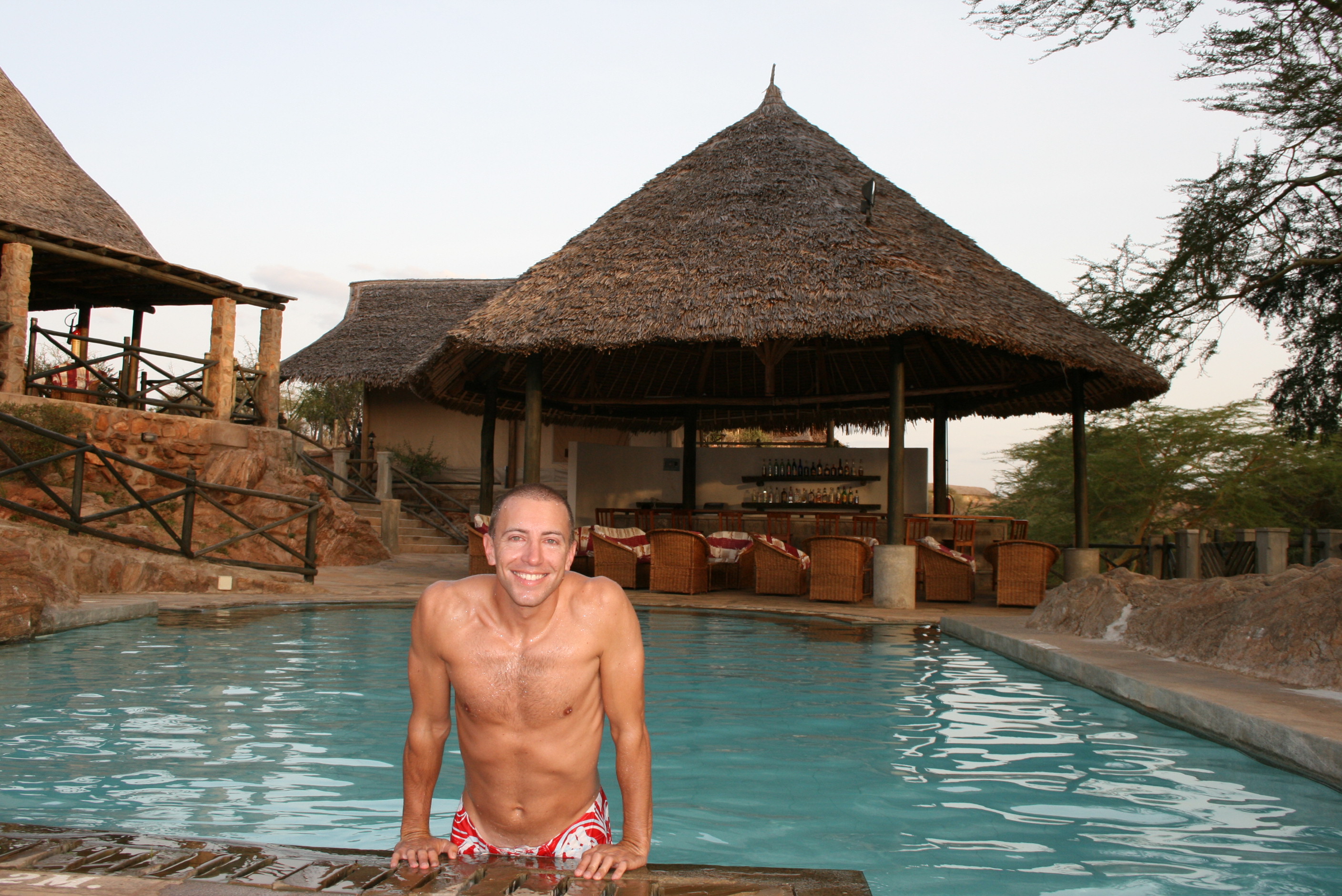 Why even have showers when you have a pool?

You can sleep, read, or look at animals. And, after a day on safari, what more do you want to do than look at more animals? 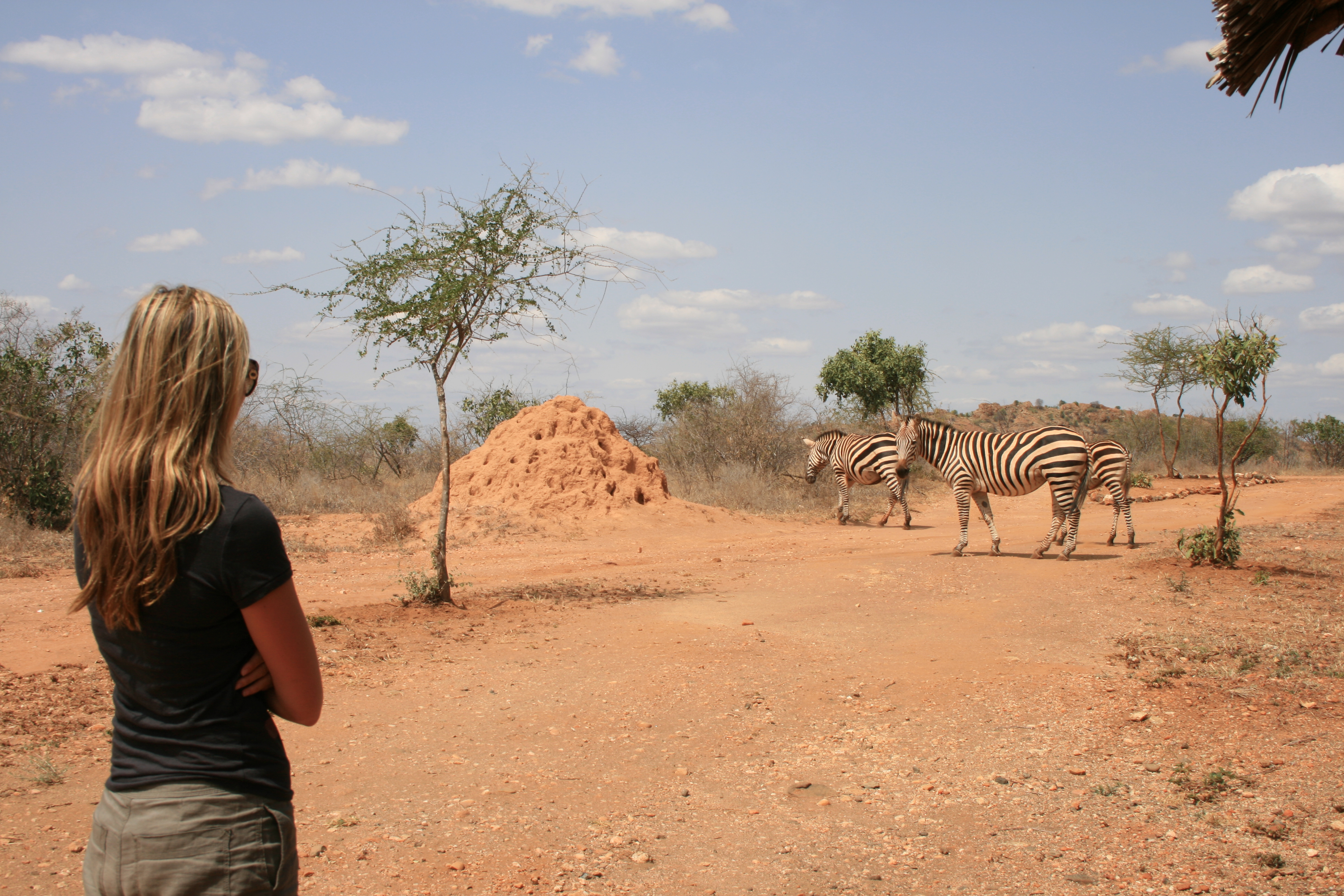 Zebras = the cows of Africa

If you go to Tsavo West, which, in my estimation, is one of the best parks in Africa, you should definitely stay here. I don’t mean to downplay the awesome of this lodge (which, I fear my sarcasm has done). There aren’t many places to stay in Tsavo, and, based on my research and experience, this is THE best one. It’s relaxing, clean, inexpensive (~$150/night), and right in the middle of the park not far off the main highway. 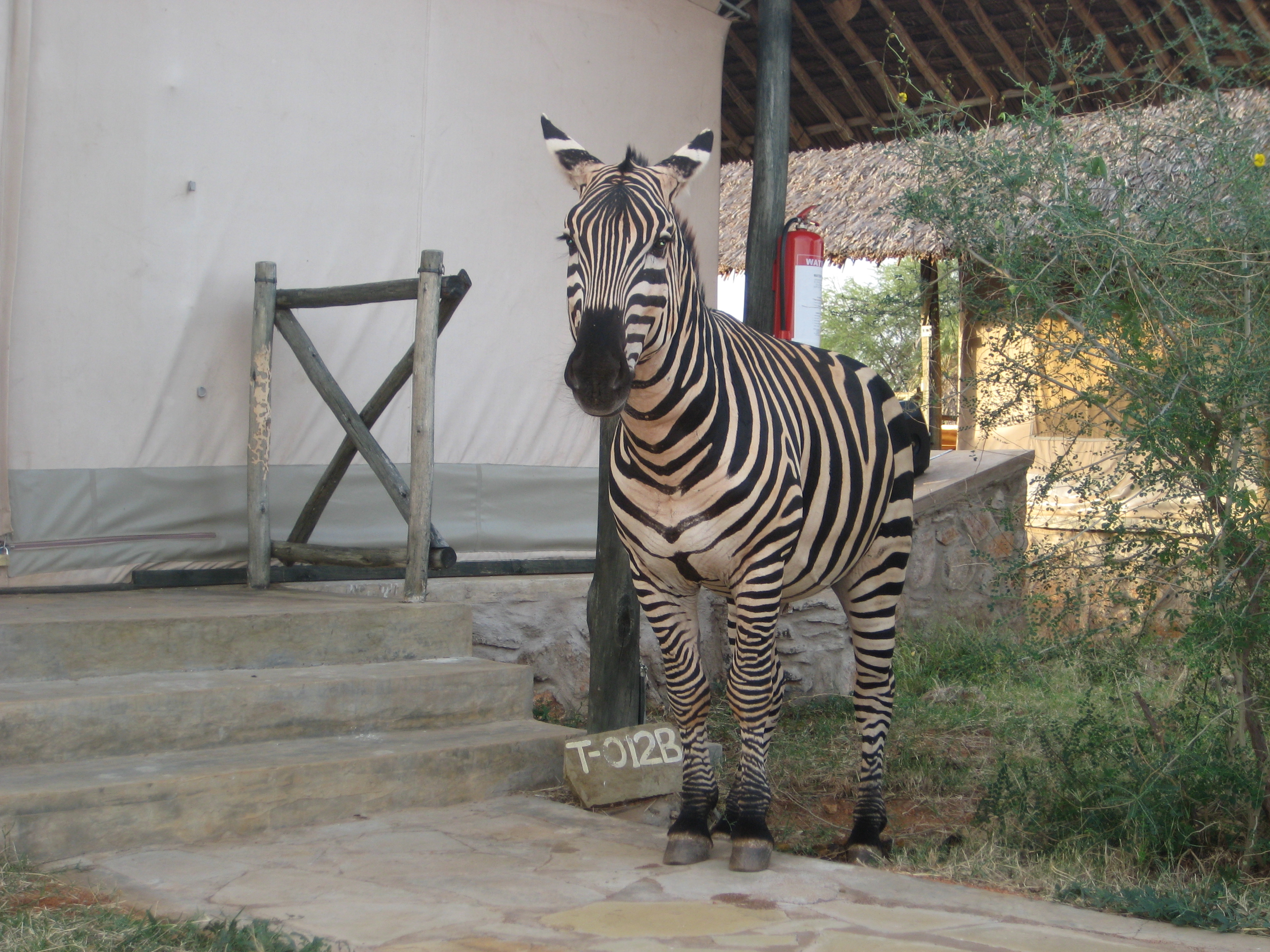 All of the maids wear the standard black and white. This one is ready for turndown service. 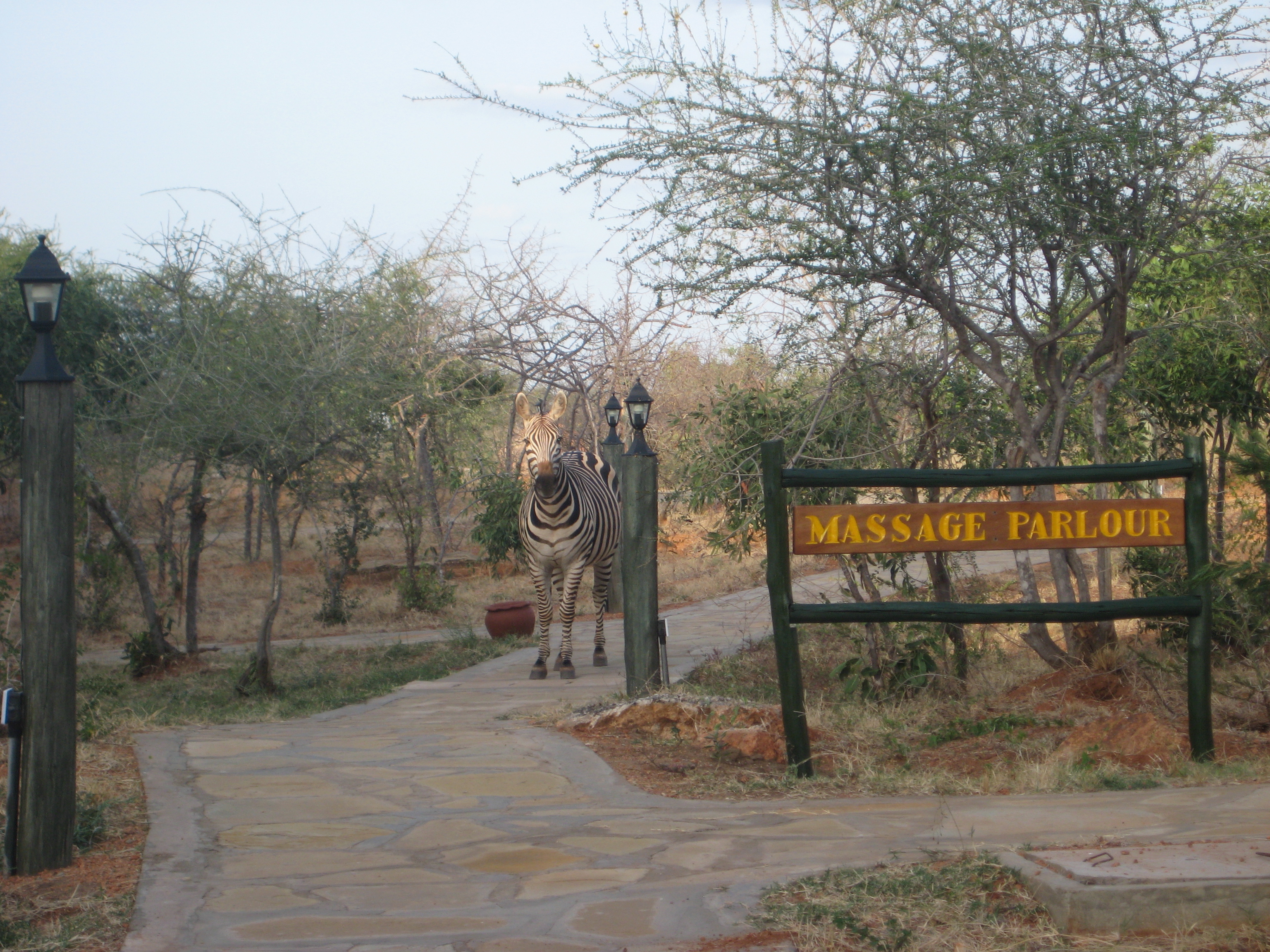 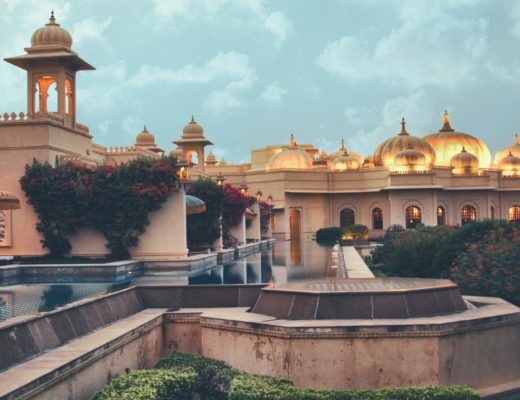 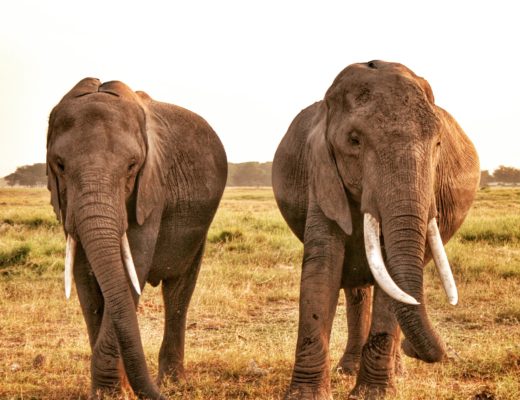 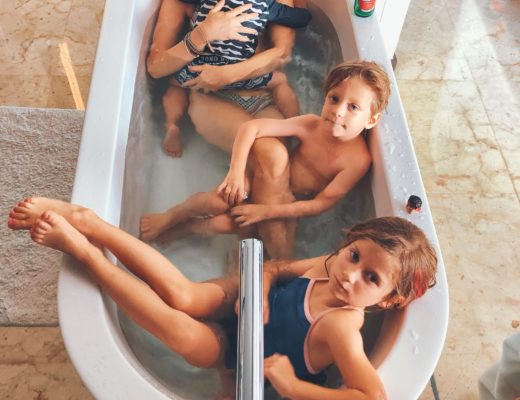