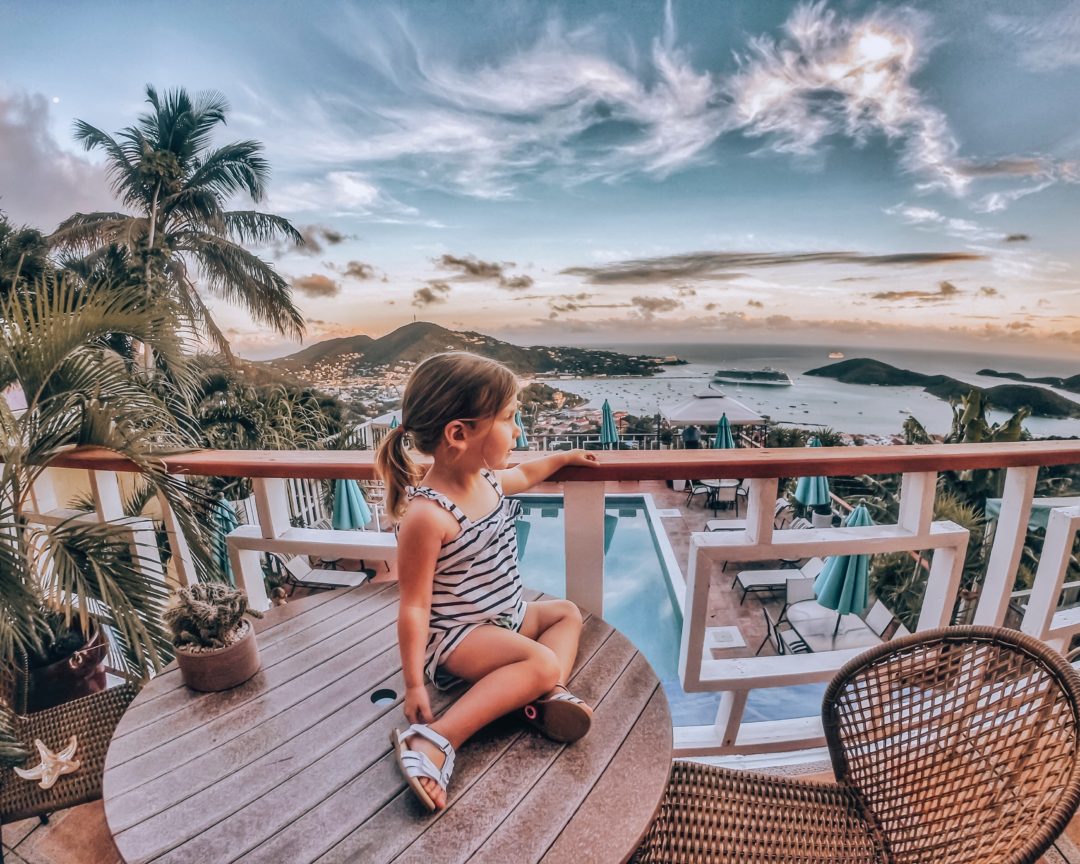 There are roughly 50 or so people who have what’s called Highly Superior Autobiographical Memory, or HSAM for short. These people basically have a much, much higher ability to recall events in their life than the average person. For example, someone with HSAM could tell you what happened to him or her on January 2nd of this year – oh, and last year, and the year before, and the 20 years before that. My personal belief is that people with HSAM do not travel with young children very often.

Our recent trip to St. Thomas was long, tiresome, and frustrating at times. But in the weeks that have passed, I can barely recall those difficult times. It’s like a mountain of memories worn down by time, where only the good ones remain. And who can forget falling in love again? I’ll explain later…

The four of us (me, wife, girl aged two and a half, boy aged six months) left our house in San Diego at 1am on less than two hours’ sleep to get to Los Angeles International Airport (LAX) by 3am. Humans are not supposed to be up at this time. In fact, we had to wake up the attendant at the airport-parking garage to park our car. It’s his job to be awake at this time and even he couldn’t do it.

Dazed and confused children were awoken and two 50lb. suitcases were unloaded (along with three carry-ons, two car seats, one stroller, and half of a toy store). We looked like we just reached Ellis Island after months of crossing the Atlantic. The shuttle to the airport picked us up and off we were, two hours into our 20-hour journey. 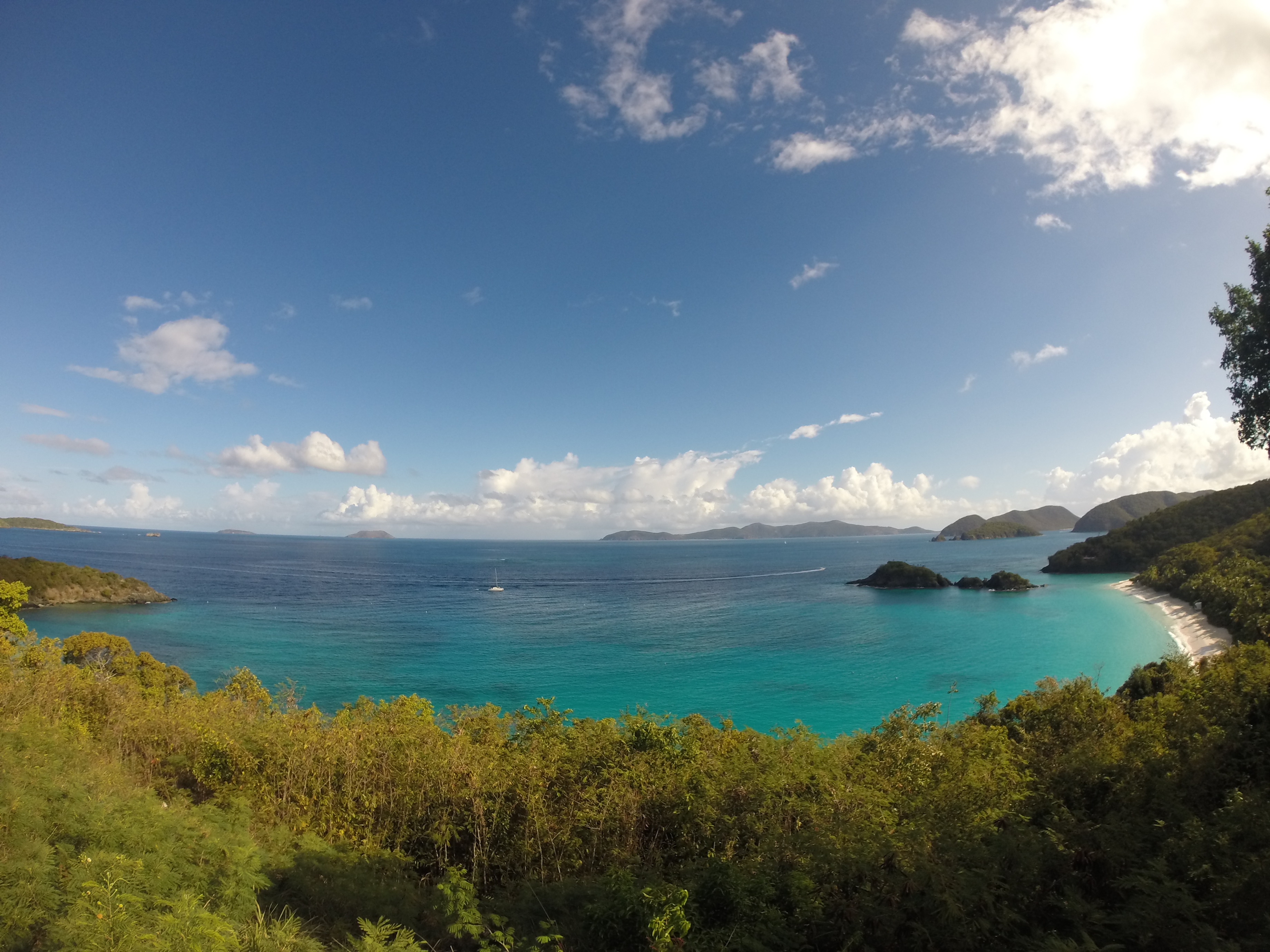 It’s Important to Always Keep the Goal In Mind

Airlines are crazy about the number of bags you can check and the weight of those bags. I understand – added weight is expensive and kills profit margin. But this craziness appears arbitrary at best, ignorant at worst.

As I mentioned, we packed two 50lb. bags, one for each adult. On American Airlines, 50 lbs. is the exact weight limit of a checked bag. Even one pound over the limit will cost you $100. When we put our bags on the scale, one weighed in at 48lbs. and the other came in at 51lbs. Of course. The airline employee gave us a look of disapproval (which she’s mastered by the way) and demanded $100.

Our options were simple – pay $100, or open both bags and frantically rearrange everything to equal out the weight while the counter agent impatiently waits. Not a big deal, really, right? Except when you consider that I had to pay full price for the seat that my 30 lb. two-and-a-half-year-old daughter (with no checked baggage) would occupy. Her weight combined with the weight of our two checked bags wouldn’t even equal the weight of the average American FEMALE, which is about 145 lbs.

So we’re a good deal for the airline, right? Well, let me be a pound overweight with my bags then, ok? Not a chance.

This frustration has led to a lot of daydreaming for me. I’ve sometimes envisioned trying to check in a bag only to be told that it’s a couple pounds overweight. In my daydream, I would open up my suitcase and then just start putting all of my packed clothes on me. Like, just wearing four t-shirts, three sweatshirts, a jacket, five pairs of socks, and two pairs of pants onto the plane. Tell me this wouldn’t work and wouldn’t be worth saving the $100.

As far as I know, Samoa Air is the only airline that weighs each passenger before boarding and determines the price based on that weight. Their motto of pay by weight is “Pay only for what you weigh.” Also, even better, the brilliant, “A kilo is a kilo is a kilo,” which I can’t, but should, stop saying to my wife. This is the fairest system I know of. But this would obviously never fly (excuse the pun) in the US since having a giant scale to publicly admonish American citizens seems too European to catch on here. But just think about how that would change your vacation preparation:

Tina: Oh thanks, I just have a tropical vacation coming up.

Jill: Oh, of course. You have to get that bikini body. I get it.

Tina: No Jill. That’s not it at all. The only way I can afford this ticket is if I lose 25lbs.

With the travel portion of the trip over, we were on to the vacation. This was the first trip we had taken with another family, so we had no idea what to expect. I had several questions that were quickly answered: Would we be able to mobilize two families before noon each day? Could we fit both families in one rented minivan? Would there be constant crying? Would the adults be able to stay up late talking, playing cards, and drinking? Could we pair up and snorkel with our spouses? Was it smart to drag a stroller several thousand miles to an island with no real sidewalks? Could anyone stop my son from eating handfuls of sand all day?

The answer to all of these questions was basically, “sure, but no, not really.” So why travel with kids? Because this is a trip I will look back on for the rest of my life. This is the trip I fell in love with my son all over again.

Of course you love your children unconditionally when they’re born. It is a love that is unwavering, steadfast, pure – so very basically undeniable. But just like any other relationship, time plays a huge part. 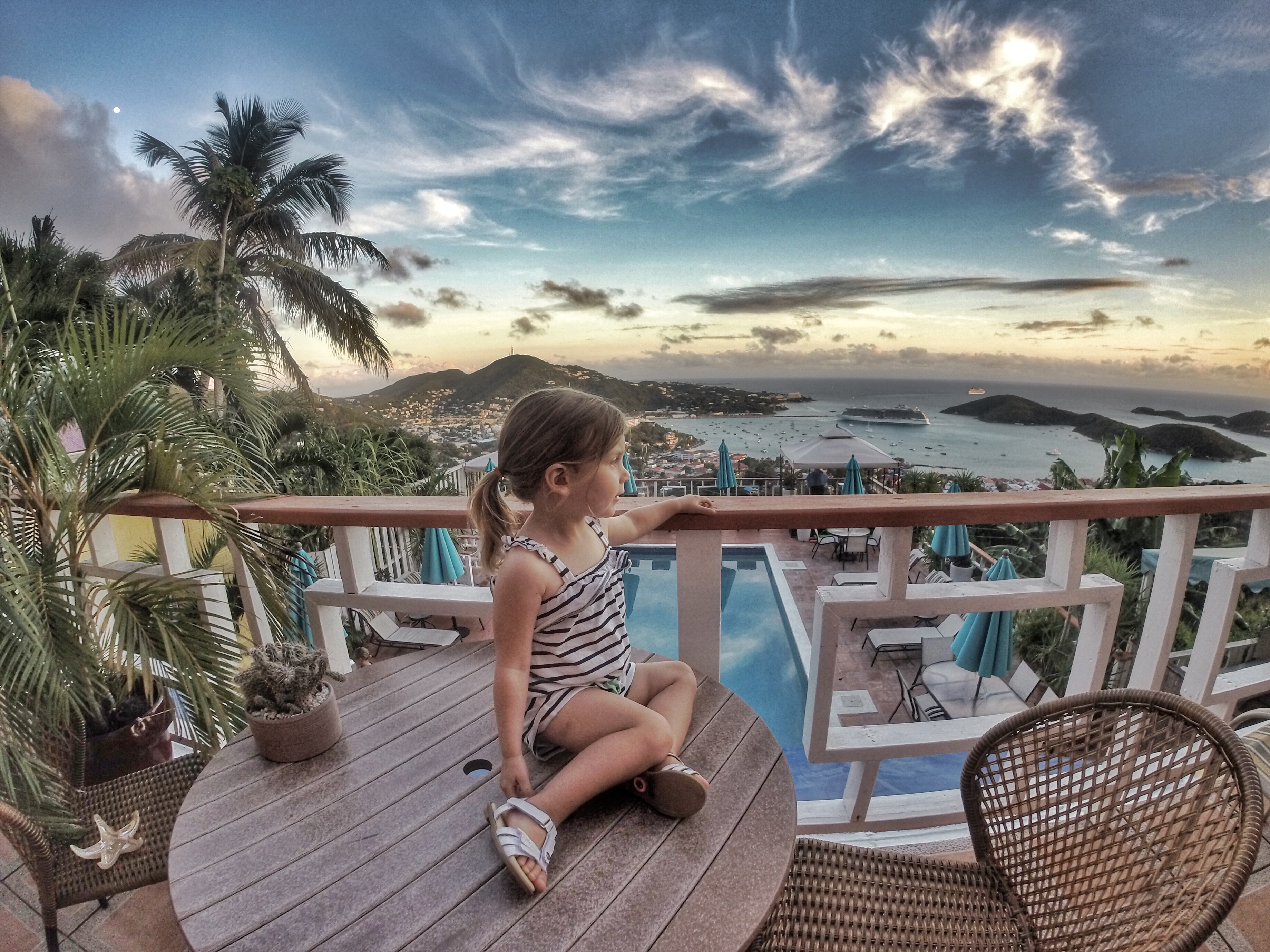 Just Getting to the Hotel is Sometimes an Accomplishment

Time is our most valuable commodity. We typically exchange this commodity for money. It’s the most basic way for me to describe how life works these days. We figure if we give enough time away we’ll eventually have enough money to buy all the time in the world. For some this may be true early on. For most this comes too late in life to be worth the sacrifice. I told myself a long time ago I would not wait to do what’s most important in life. And since I work way more than full-time, nights and weekends are, yeah, well, quasi-quality time, but seemingly not enough.

Of course you can always just stay home with your new baby (in California, there is pseudo-paid paternal leave after all). Your home has all of the creature comforts you could ask for. But your home has all of the daily responsibilities as well. Work for me doesn’t stop at home. The mail still gets delivered, the house still needs cleaning, and dinner still needs to be made. You get the idea.

Then there’s the issue of bonding. Bonding does not come as easy to fathers as it does to mothers. To the utter dismay of my wife, I have tried numerous times to nurse my children, only to repeatedly find I am without the proper equipment. 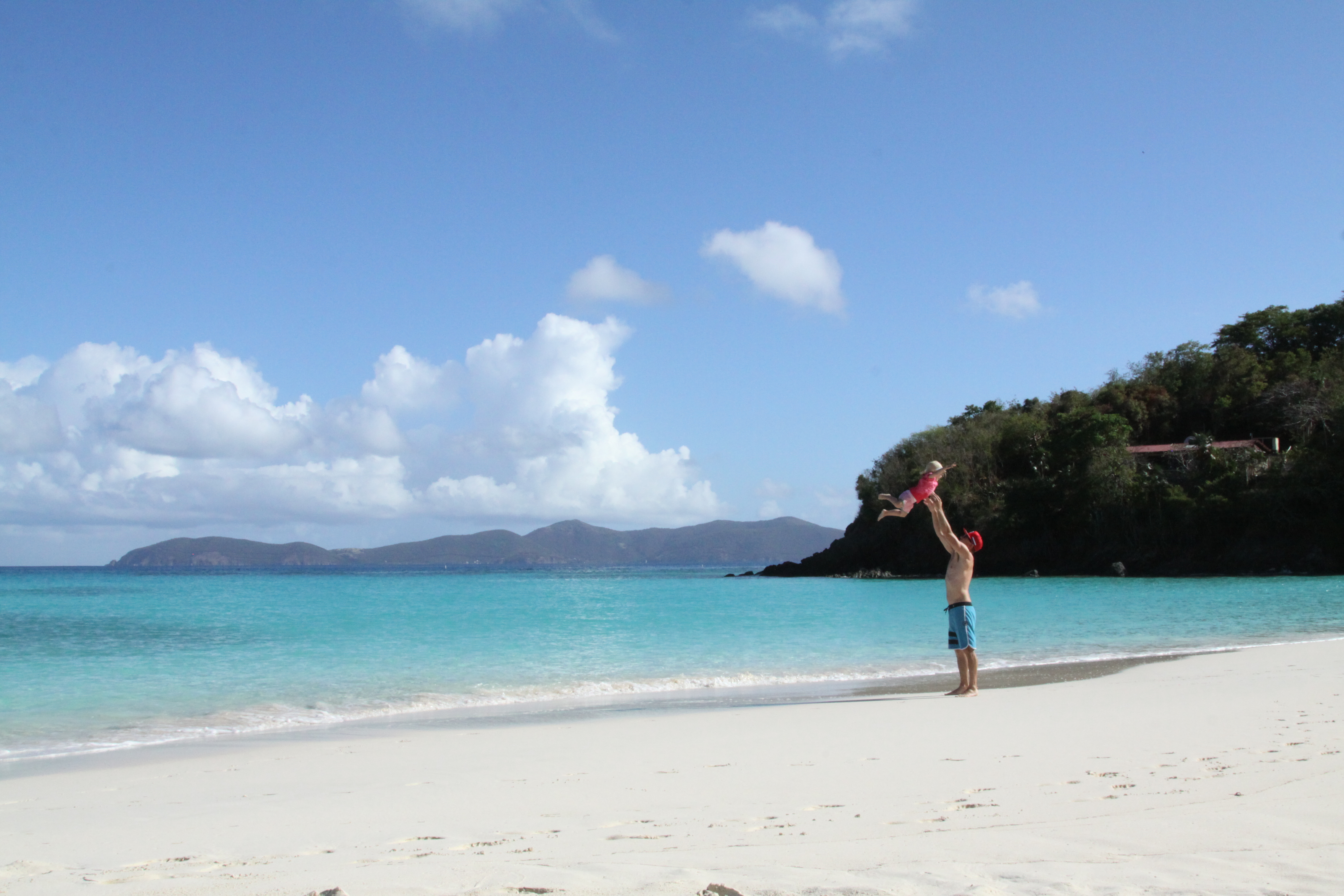 The True Value of this Vacation

This vacation gave me the opportunity to spend eight straight (full) days holding, playing with, and generally bonding with, my boy. I believe in levels of love. With this trip, mine just got deeper.

Also, vacation is my escape – the freedom from my responsibilities. The further I get from home, the further I feel I’m away from my responsibilities. I understand that children are, by definition, responsibilities. But they are responsibilities that I never want to escape. Vacation allows me to devote even more of my focus to my children. They have to be my focus, because they are never further than a few feet from me (seriously, someone needs to tell my daughter I don’t need help going to the bathroom. I think I “got it by now”). And when else do I get to trap myself in a flying tube with my kids and a hundred or so strangers for the better part of the day?

I’m not saying without vacation you’ll never fully love and appreciate your children. And I suppose the same could have been accomplished by a weekend trip to Disneyland or something. But at one point I realized that my only thought as I held my son and looked out onto the turquoise waters of the Caribbean, was how grateful I was for everything in my life. I had the freedom – the time – to allow these thoughts to creep back into my brain. Travelling with my children works for me. It works for my family. It worked on this trip. I fell in love again.

I do not need or particularly want to possess the ability to recall all the events of my life. HSAM be damned. All I need is the capacity to recall a handful of happy events at low points in my life. In that respect I have been very successful. In fact, I’ve always found it easy. Of course, everything is easy when you’re in love. 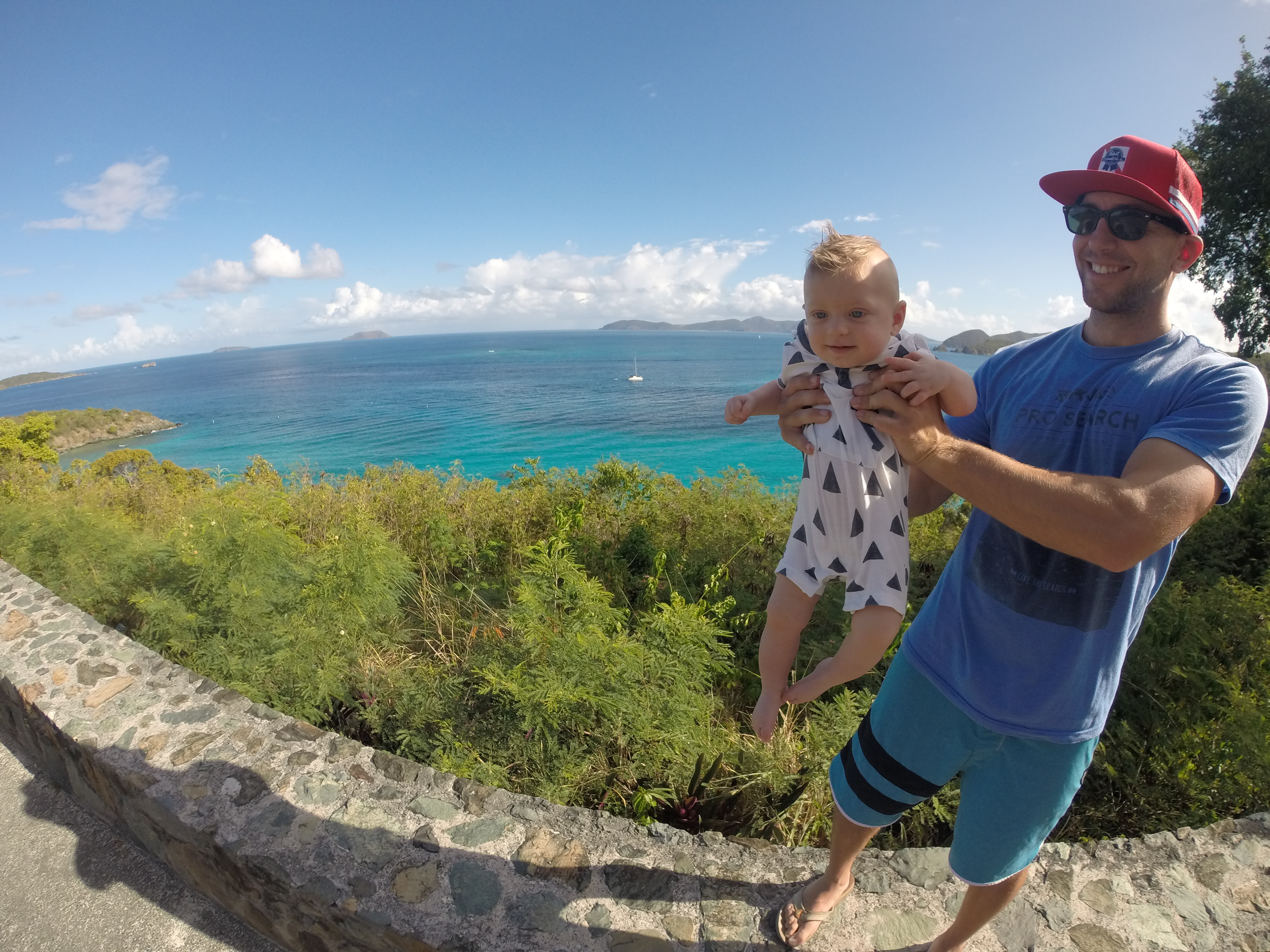 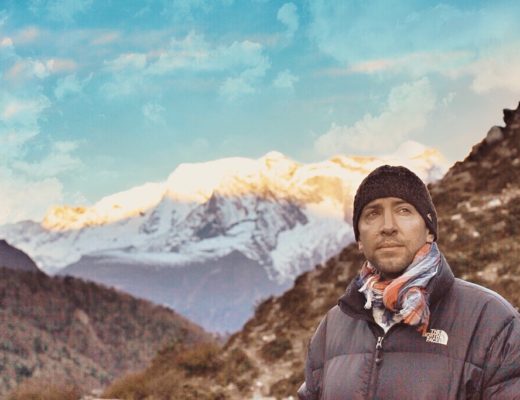 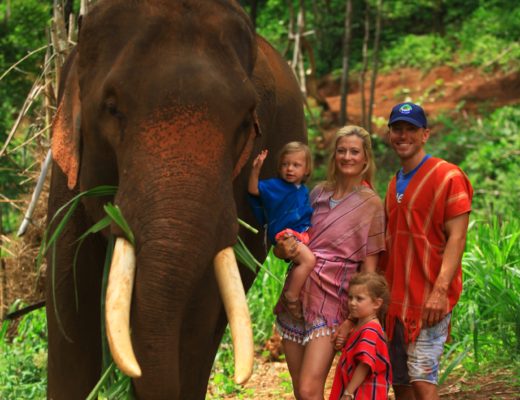 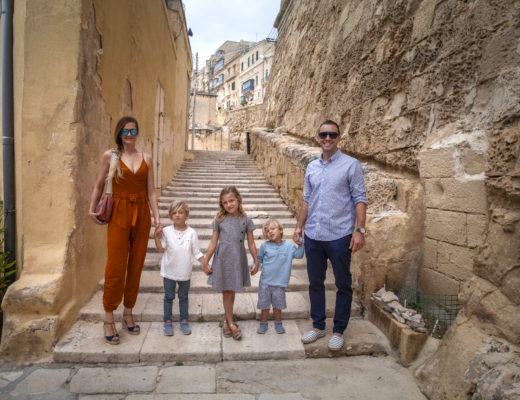